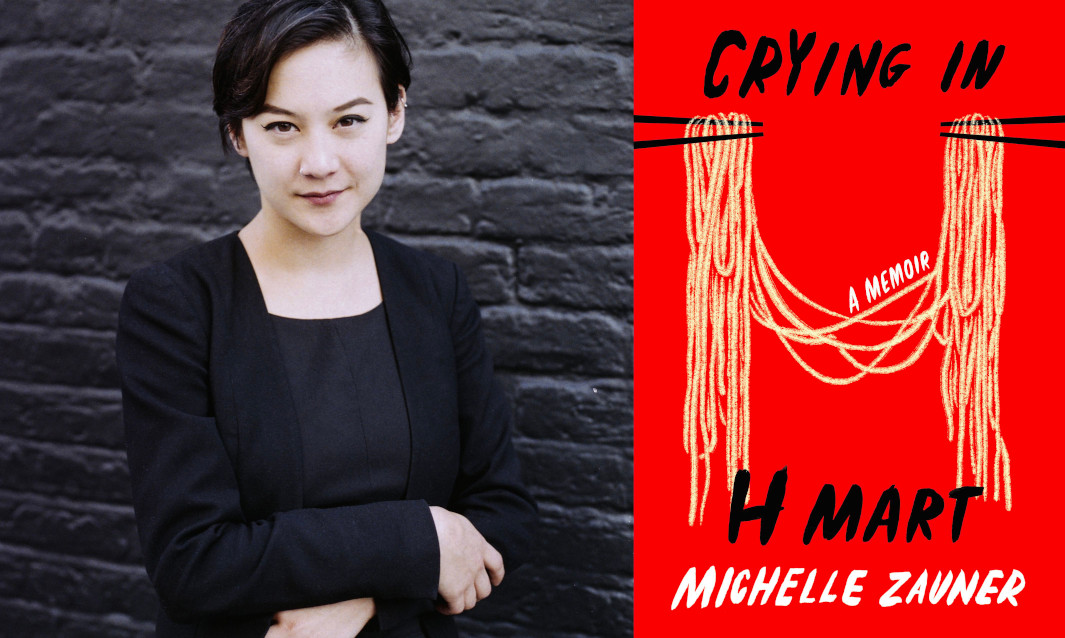 Before the release of her New York Times bestselling memoir Crying in H Mart, which met national acclaim, Michelle Zauner was a songwriter. Born to a Korean mother and a Jewish-American father, she came up in the Pacific Northwest’s alternative scene. She spent her allowance on CDs and frequented the concerts of local indie heroes like the Rock ‘n’ Roll Soldiers and Modest Mouse. In high school, she performed her original songs at open mic nights, and she spent her early twenties fronting a series of commercially unsuccessful bands. Zauner’s music finally garnered attention when she founded the solo project Japanese Breakfast in 2014.

It was a turbulent year. Her mother had passed away from cancer in October, and she composed her early, unadorned lo-fi songs in intervals of free time between working in a restaurant and packing up her parents’ old house. Of those songs, she wrote, “They were conversations I wanted to have with people but couldn’t. They were attempts to unpack the past six months, when everything I’d once thought I knew for certain about my life had been undone.”

Zauner assembled the newly recorded tracks into an album and named it Psychopomp. Produced with a minimal budget in a bedroom studio, it featured her partner on bass and a childhood friend on guitar. Despite the album’s low production value, it received favorable reviews as critics saw heart and maturity in her developing style. According to Laura Snapes for Pitchfork, she pushes her songs “beyond their original scrappy basement confines into shimmering gems.” The album’s lyrics are sparse, only hinting at the sprawl of experiences that inform their sensibility. On the first track, Zauner sings in a strained voice, “The dog’s confused / She just paces around all day / She’s sniffing at your empty room.” Midway through an instrumental interlude, synth tones fade into a voice recording of her mother saying, “It’s okay, sweetheart. Don’t cry, honey. I love you.”

For half a decade, devoted listeners cobbled together the narrative that inspired her music, primarily through interviews and word of mouth. Now Crying in H Mart holds it all in one place. The memoir is a moving portrait of her family; the culture and cuisine that she returned to in an effort to reconstruct her life while grieving; and the capacity for grace that we depend on for survival when survival seems impossible.

Although it covers an assortment of subject matter, Crying in H Mart is often categorized as a food memoir thanks to its title, which references the beloved supermarket chain. In the introductory chapter, Zauner describes H Mart as a place where pilgrimages are made and cultural reservations fall away, “where your people gather under one odorous roof, full of faith that they’ll find something they can’t find anywhere else.” She isn’t wrong. My first-generation mother, who grew up rebelling against her immigrant parents and wrinkles her nose at displays of stereotypical Koreanness, still takes me to H Mart for comfort food.

We’ll sit across from each other at a table, order two sizzling stone bowls of bibimbap, and ladle our cups full of their complimentary miso soup. When I visit my extended family in New York, we’re less than a mile from the original H Mart location in Woodside, Queens, where they make tofu from scratch and sell packages of bell peppers endearingly mislabeled PAPRIKA. Each time I mention these anecdotes around other East Asian Americans, their faces light up with recognition. For anyone with experience navigating the uncertain cultural intersection that the supermarket occupies, H Mart is a touchstone, and it’s where Zauner places us as she begins telling her story.

Stories about cooking and eating are the thread that Zauner leaves for her readers as they follow her through the labyrinth of grief. Early on, she mentions that she inherited her Korean side’s “reverence for good food and a predisposition to emotional eating.” The summer her mother began chemotherapy infusions, she returned to her rural hometown, Eugene, Oregon, and was met with a meticulously planned feast. She recalls, “My mother prepared for our reunions in her own way, marinating short rib two days before my arrival. She filled the fridge with my favorite side dishes and bought my favorite radish kimchi weeks in advance.” In this way, Zauner discovered cooking as a ritual, a way to ground herself during crisis, a method for sustaining collective courage. As the treatment progressed, she decided to learn how to prepare these traditional Korean recipes herself, with the idea that “cooking my mother’s food had come to represent an absolute role reversal, a role I was meant to fill.”

Throughout the memoir, she describes meals with immense clarity and precision, as if the description itself were a way to recover this lifeline.

Some of the most striking culinary descriptions take place when Zauner carefully observes the homemade Korean dishes that family friends bring to her mother’s bedside, hoping to grasp the essence of the cuisine enough to replicate it. Of kongguksu, a cold noodle dish served in a soy milk broth, Zauner notes, “It was simple and clean with a nutty aftertaste. The noodles were chewy and the broth was light with small, coarse bits of blended soybean.” Another is yaksik, a medicinal rice cake. She lists each ingredient—rice, local honey, soy sauce, sesame oil, pitted jujubes, raisins, chestnuts—then describes the appearance of the completed plate. She writes, “The colors were golden and autumnal, the jujubes a rich, dark red, the light-beige chestnuts framed by the bronze, caramelized rice.” By devoting her attention to these recipes’ nuances, she invites readers to meditate on their significance with her. The flavor combinations, savory and sweet, hang in the same precarious balance as her mother’s health. Taken together, they provide not only sustenance but also a direct connection back to Korea, Zauner’s unreachable origin point.

Despite Zauner’s efforts, however, the plan to nourish her mother is interrupted. Chemotherapy causes her to become “easily nauseated by the scents and tastes she’d relished before her treatment,” a massive misfortune for someone whose cuisine of choice is notorious for pungent flavors, liberal with brine and spice. In one particularly heartbreaking moment, Zauner describes her mother’s deteriorating body as a mouth covered in sores, her tongue “like a sack of aging meat, as though a spider had cast it in a thick gray web.” She bought kimchi from a restaurant near the hospital and rinsed off the chili pepper under the bathroom faucet before presenting the remaining “wilted white cabbage” to her mother, who responded, “What do I even have to look forward to, Michelle? I can’t even eat kimchi.” One of the memoir’s great strengths is that Zauner refuses “to collapse into generalities about grief,” but rather insists on remaining “precise and unsparing” throughout her descriptions of cancer’s “physical indignities,” in the words of Mayukh Sen for The Atlantic.

While the arc of her mother’s illness is the focal point of the narrative, her father’s presence on the sidelines sustains the memoir’s emotional core. The friends, family members, and doctors that floated through Zauner’s life during this time, as well as the narrator herself, are characterized as unflinching caretakers and pillars of endurance. By contrast, she creates a brutally sincere portrayal of her father as the only one to self-destruct. A man raised without “the privilege of being cared for,” he struggled when handed the responsibility of looking after his wife. We see him unable to cope or communicate, placing the weight of domestic tasks and nursing onto others. Shortly after her mother passed away, Zauner remembered receiving a call from him at midnight, where he said, “I got into an accident. I need you to come get me. Michelle, bring mouthwash.” When she arrived at the scene of his drunk driving wreck, she said, “From the look of it I was certain my father was dead. The car had rolled and landed on its side between two telephone poles.”

Whereas other debut memoirists sometimes fall into the trap of being too heavy-handed in their attempts to immerse readers in their life experience, Zauner’s background as a lyricist makes her a master of subtlety. In Molly Wizenberg’s A Homemade Life, which has been compared to Crying in H Mart by critics for its exploration of food and grief, the author introduces her parents by listing a flood of facts about each one, with a rhythm that at times becomes repetitive. Zauner lets us fall into her world gradually, learning about her parents through their actions over time, putting together the puzzle of her heritage alongside her. We watch her rummage through her mother’s belongings, including old letters, watercolor paintings from her art classes, her leather coats and handbags. We tear up when her father crashes his car, and then witness her mixed relief and exasperation when she finds out that he emerged from the wreckage completely fine, with no broken bones. We end up with an intricate understanding of the characters who populate her life that can only be developed after having gone on an odyssey with them.

Ultimately, the memoir is about returning again and again to life. In the wake of disappointment, chaos, and immeasurable loss, Zauner demonstrates a penchant for taking control of her own environment and creating something beautiful. She becomes a proficient self-taught cook. She records one studio album, then another. This gift for metamorphosis and renewal is also apparent in her live performances. After she played at the 2018 Pitchfork Music Festival in Chicago, Chris Deville wrote for Stereogum:

Go figure: a project that emerged out of grieving her mother has become an outlet for Michelle Zauner’s broadest smiles … Whether slinging a guitar or forgoing it to stalk the stage with a microphone, Zauner is often dancing, bouncing, beaming, rejecting the serious-artiste posturing you’d expect from a critical darling out of America’s cool-kid capitol. Her demeanor transforms her songs. Although they remain shaded in melancholy, they burst from the stage with a delighted enthusiasm. 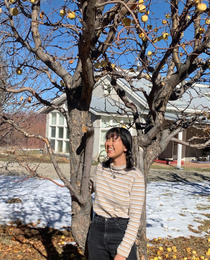 Ashton Yoo was raised in Texas and currently studies English at Cornell University. She writes poetry, essays, and reviews. 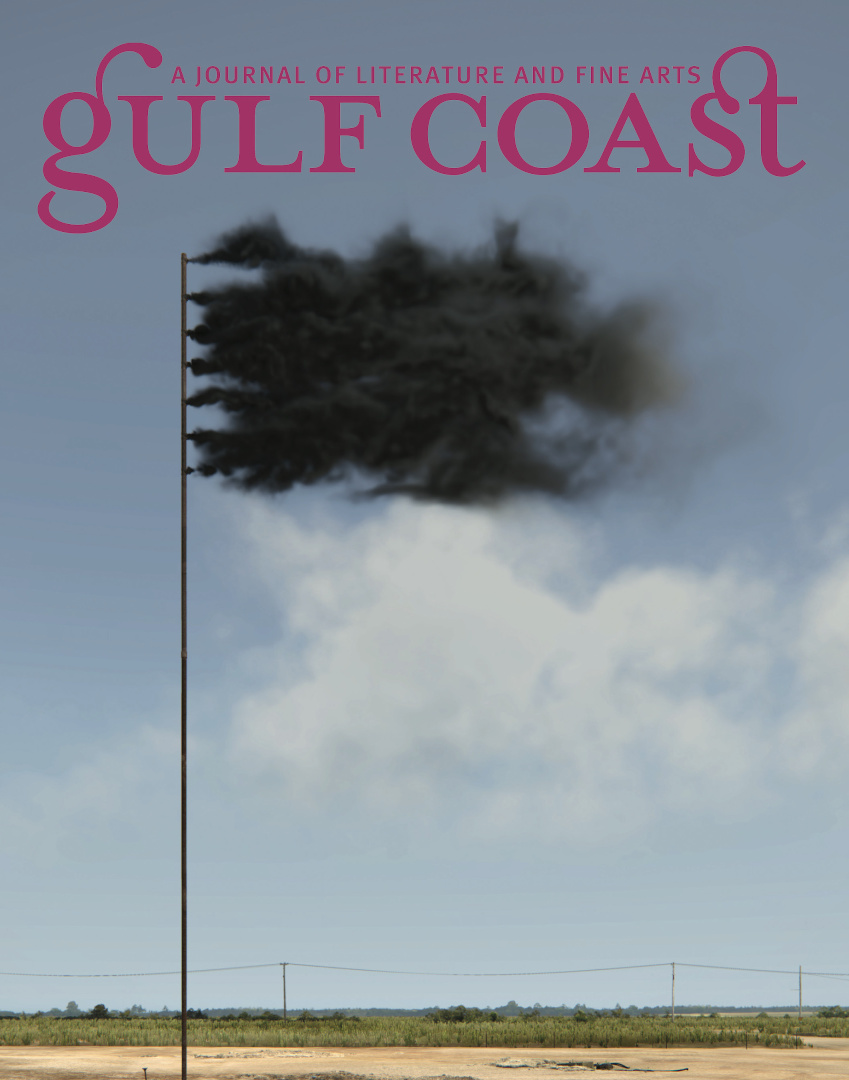