Proudly Made in America Since 1912

Is this your first order from a J.J. Bow catalog?
Yes ☒  No ☐

Address: Papa has a lot of rules and his new rule is that we’d better not tell people where we live anymore. He used to not care, and I was allowed to invite my friends over and give them the apartment number and everything, but ever since that guy followed Mama home in his truck yelling about she’s a dirty commie and she should go back to where she came from, Papa says to just keep it general and tell my friends if they want to come over, I’ll walk down and meet them at the

City, State, ZIP: end of the ditch next to the dried-up creek in Calle La Paz, Tucson, Arizona.

SHIP TO: (If different from billing address)

This is a present for Mama. Elliot at school said his mom went to the alterations shop one day when Mama was working, to get her blouse let out, then she came home and told everybody that she’d met her first mail-order bride. I asked Elliot what’s a mail-order bride and he said it’s a non-American lady who pretends to be in love with an American man so he’ll marry her and bring her to this country and buy her a house and cars and clothes. I told Elliot he doesn’t know what he’s talking about, because, even though Mama is Russian, Papa is too, and they met when they were students in Moscow and we all came here together when I was a baby, and no one’s pretending. And I said to Elliot, we don’t have a house, we have an apartment, I can’t say the number but I can say it’s in Calle La Paz and the AC is busted and the water in the community pool is low and green and full of cicada shells, but when it’s hot enough out people use it anyway. Elliot just shrugged and said all he knew for sure was my dad ordered my mom from a catalog like a pair of boots, and he was sorry, really, but he wasn’t allowed to sit with me at lunch or partner with me on projects anymore. And even though Elliot is dumb as bricks to believe all that, in case he’s right, in case people do come from catalogs, if I’m ever going to get a new brother, maybe that’s the way to do it. Because if I had a brother, he would knock Elliot’s lights out for saying that about Mama, and he would knock the lights out of that guy who followed her home from work that day screaming. Mostly, I don’t care what size brother I have, but I figure if he’s going to be knocking everybody’s lights out, he should at least be a M/L.

Like I said, don’t try to come to the front door. Just drop my brother off by the creek, and I’ll be there to meet him and walk him home and tell him all about his new life. There’s a lot I should catch him up on, stuff he’ll want to know. Like how Mama is a seamstress and will make him the best Halloween costumes, and even though he might think at first that he sticks out like a sore thumb next to his friends’ store-bought ones, he’ll realize that Mama’s are better because with every stitch she’s saying I love you. Like how Papa is good too, loves us too, and if it ever seems like he doesn’t, not to take it personal. Because the Papa he’ll meet isn’t the only Papa there is. The Papa I know has this ridiculous laugh like two geese fighting. He used to take us to rent videos on Friday nights. He used to bring home pens and mints from the front desk at work. But ever since the guy in the truck followed Mama as she walked, drove so close, she said, that his passenger-side mirror hung over the sidewalk, Papa’s been different. Been mad. Not mad at us, he says, but mad at the world for the way it is. But why doesn’t he act like he’s mad at the world? I ask him. Why does he act like he’s mad at us?

I guess a brother wouldn’t only be a present for Mama. I guess a brother would also be a present for me. When me and Elliot were still friends and catching grasshoppers together in the field after school, he told me his secret. He said there’s safety in numbers. That if there’s bad coming, it helps to spread it around. Like when his dad has a bad week and goes to the bar downtown that plays boxing matches, then Elliot and his three brothers take turns coming to school with bruises across their jaws. Once Elliot had a welt on his hand that looked like a bird and he went around all day with his arms stretched out, caw-cawing like Hawkman. Elliot said that even when it was his turn and he knew he’d be hurting the next day, a part of him felt good because he knew it meant his brothers were off the hook. One dad versus four boys and the boys have the numbers. He said it’s too bad I’m an only child.

Papa isn’t anything like Elliot’s dad. All he drinks is knock-off Pepsi from the gas station, and once a month on payday, actual Pepsi from the grocery store on the other side of town. Papa loves Pepsi. He says it’s a real American drink. It has all the colors of the American flag, which, go figure, are the same as the colors on the Russian flag. He takes a sip and blows out ahhh like he’s in a soda commercial, and when he’s in a good mood he gives me and Mama a cold can to press against our foreheads. When he’s in a bad mood, it’s because Mama told him she messed up her English when talking to a customer that day, or because I brought home a math quiz with an ugly red C across the top. If Mama says it was only a small mistake and I say my teacher is letting me do a make-up quiz, Papa wants to know if mistakes and make-up quizzes are why we came here. Or if, like the guy in the truck said, we should go back.

Papa loves Pepsi and the Eagles and McDonald’s, and he especially loves J.J. Bow. The minute the catalog comes in, he reads it front to back looking for words he doesn’t know, then makes me and Mama do the same, like waders and twill. Mama tells him not to worry, everything’s on track, and before long we’ll be able to order him a flannel shirt from J.J. Bow. Papa scowls and says it’s too expensive and not practical for Arizona, but when Mama’s not looking I catch him smiling behind the page. So one day Papa will get a shirt. And Mama will get a pair of sunglasses to hide her eyes when they’re dark and puffy. And my new brother will get a hat and I’ll get a vest or we’ll just get one of those and we’ll take turns. A perfect catalog family. Because even if Elliot had most of it wrong, he had a point about spreading things around. Maybe my brother will be M/L enough to stand up to Papa. Or maybe when the bad comes, we can all share.

Thank you for your order! Mail completed order form to: 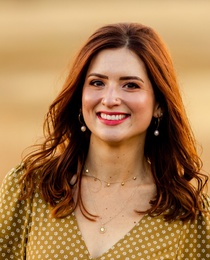 Kristina Ten is a Russian-American writer with work in Lightspeed, Split Lip, Diabolical Plots, Flash Fiction Online, and elsewhere. A graduate of Clarion West Writers Workshop, she is a current MFA candidate at the University of Colorado Boulder, where she also teaches creative writing. You can read more at her website.