Big Al is in the house and he's drunk. His work boots thud across the worn carpet.

"Tanya! Tanya!" He thrashes from room to room, opening doors on no one. He is a bear trying to shake off the snapped jaws of a steel trap.

I open my door, a rented bedroom in a rented house, and walk into the living room. Someone left a record on, the needle poised just over the spinning surface.

"She's not here, " I yell to the back of the house. I can hear him stop, those huge boots still for a moment before they turn towards my voice. When he stops in the doorway between the living room and the kitchen, he is sweating. Big Al's name is not ironic. His palm is the size of my face.

I shake my head no.

He steps into the living room but sways from his track and crashes into a weight bench, which tips onto the record player, smashing the record and the needle. There is a terrible screeching and then the hollow air of quiet stereo. Big Al catches himself on the back of the loveseat and whispers, "Shit. Sorry."

He collapses onto the loveseat and looks around as if Tanya might be hiding in a corner or suspended from the ceiling. He is caked in the work of his day, dirt and sweat and brick dust.

He looks at me and for the first time seems to focus, as if his eyes are scanning for life and there I am. We are alone in the house. Tanya is gone, my mother is gone. I am fourteen and I cannot be alone with a man without remembering the unwelcome fumble of fingers on the buttons of my blouse, hands rough cups beneath my breasts, lifting one at a time as if to weigh their worth.

"Hey little sister, what do you want to be when you grow up?"
I am not your sister, I think. "I want to make movies. Documentaries."

He nods his head with enthusiasm. "That's good, that's really fucking good. We need storytellers. You need to tell the people's stories. The people like me."

I open the front door and pretend to enjoy the icy breeze.

"Go get your camera."

He raises his hands and makes a box of his fingers. "Just do this then. This will be your first movie."

I raise my hands. My fingers want to shake. I hold them still. Through the make-do frame, Big Al is smaller. Contained.

Something soft brushes against my ankle. A stray cat has come in through the door and is winding around my feet, mewing. It's black with green eyes and powdery dirt covering its coat. The dirt sticks to the lotion on my legs.

"Here, kitty." Big Al reaches down and rubs his dry papery fingers together.

Through the frame, the cat runs to him. It stops short at his hands and smells the tips of his outstretched fingers. His face turns red as he holds completely still, grimacing as he remains bent over his belly. The cat moves from his fingers to his boots, inquisitive and light-footed, smelling every inch as if from his scent alone it could glean all it needed to know. When it rubs its face on his hands, Big Al scoops it up in the bucket of his palms and brings it on top of his chest.

"That's a good girl. That's a sweet girl. You're no Tanya, but we can be friends." He strokes the cat as it settles onto his belly.

I run my foot across my calf, still holding the imaginary camera, trying to get the cat's dirt off of me.

He strokes the cat's face with two fingers and doesn't flinch when it begins to knead him, its claws sticking through his shirt into his skin. They settle, one breathing and one purring, until Big Al's hands stop moving and rest at his side. His eyes are closed, his head on the back of the loveseat.

I lower my hands and close the front door, cover them with a blanket, and lock my bedroom door behind me. 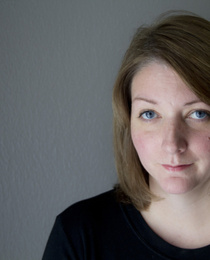