In Lorrie Moore’s pitch perfect short story, “Agnes of Iowa,” her eponymous central character attempts to encourage Christa, a young African American woman in her creative writing class. The scene is in no way tilted to make Agnes look good; she’s revealed to be well-intentioned but ultimately maladroit and presumptuous, as is witnessed in this telling exchange:

“It’s just that I’m no help to you with this vampire stuff,” Agnes said. “It’s formulaic, genre fiction.”
“You would be of more help to me with my childhood?”
“Well, with more serious stories, yes.”
Christa stood up, perturbed. She grabbed her vampire story back. “You with all your Alice Walker and Zora Neale Hurston. I’m just not interested in that anymore. I’ve done that already. I read those books years ago.” (82)

As a biracial man who has been either student or instructor of creative writing for nearly thirty years, I wince at Moore’s accuracy. I can hear the gears turning in Agnes’s head: What’s wrong with introducing a student of color to other writers of color? Isn’t that an important part of a writing instructor’s job? To pair a promising student with the tradition her work best aligns itself? And while I’m apt to agree with some of these questions, the more important wisdom for creative writing instructors to draw from Moore’s story is this: Don’t Be Agnes.

A challenge faced by any instructor with students of color is that they are often so rare, and like Agnes, we’re all—minority and not—so eager to please those who enter our classes. Yet in this endeavor, one often winds up like the sociology professor who asks her sole student of color to comment, from her perspective, on the issues faced by an entire race or ethnicity. And I never automatically tell the Anglo male student bent on evoking worlds of faux-hobbits and orcs that he needs to read more John Cheever and John Updike to be in touch with his people. Worse, it seems telling any student what she or he should read is always an invitation to be perceived as a snob or elitist and never be listened to again.

Still, the question remains: how does one make the workshop itself a more conducive atmosphere for students of color? My experience as an instructor has largely been at the undergraduate level, and it has seemed to me for many years that the notion of having one’s work examined by her peers is daunting for everyone, and made worse when one is the only student of color in the class. As well, the occasional missteps made by students as they learn a critical vocabulary and stop conflating the characters with the writer herself can shut down the utility of peer criticism. With this in mind, I’ve shifted from a model of turning in one or two stories to be workshopped to a model where we spend a lot of time producing and reflecting—students write five stories in five weeks, then take a break for discussing fiction by a host of contemporary writers, followed by a more traditional workshop. By the time we get to the workshop, the students have a more focused and shared vocabulary. I want the discussion framed less by me and the other students and more in tandem with the author herself. In addition to the manuscript, I ask to see a list of questions the writer has about the story she’s distributed. I make sure the student understands we’re not just going to “fix” her story and that discussion won’t be confined to the topics she approves. But the overall aim here is to get everyone talking about the story as such and not using it as springboard into the personal or political. Further, if I’ve done my job right, the stories from contemporary authors not only demonstrate the diversity of approaches in writing fiction but the diversity of fiction’s makers, too.

So in the main I’ve tried to run the creative writing classroom in a manner that encourages my students to talk about the fiction rather than at each other, which, I believe is beneficial for all. Yet my stewardship of the class cannot be confused with control. Every now and again I encounter a student who hasn’t gotten the memo that “colored people” is not a term synonymous with “people of color” and I make the correction in the moment, so everyone understands. Moreover, I have felt it more incumbent to call attention to my own ethnicity and how that shapes my aesthetic, my practices, my philosophy. It is an advantage, I believe, but not a guarantee that subsequent to my identifying myself as biracial the students are as sensitive to each other as they should be, but it’s a risk worth taking. Further, it’s important to say a Lorrie Moore story is as important to me as one by Charles Johnson, and to tell, the Anglo student that she might read Ralph Ellison, that the Chicano student might like Gish Jen, that the Native American student might check out Dagoberto Gilb and the African American student might pick up a story by Amy Hempel. Seems simple enough but in so doing I believe the students start to see just how much good writing there is out there and what they need to do is embrace it all.

In closing, and because a story as good as Moore’s deserves another mention, I’m always heartened by the end of the scene with Agnes and Crystal. “[T]en seconds later, [Christa] stuck her head back in and said, ‘See you next week’” (82). Lest we forget, the students who arrive in our creative writing classes have a reason for being there. And, more often than not, what we do—ably or ineptly—doesn’t get in the way of their finding what it is they need. We just have to be sure that they keep coming back. 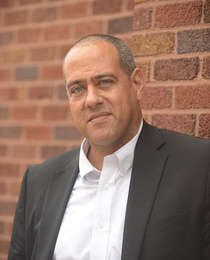 A graduate of the Creative Writing Program at the University of Houston, Tom Williams is author of three books of fiction: The Mimic’s Own Voice, Don’t Start Me Talkin’, and his recent collection of stories, Among the Wild Mulattos and Other Tales. He chairs the English Department at Morehead State University and lives with his wife in children in Kentucky.