Noah Eli Gordon was featured at Gulf Coast's February reading -- reading poems from his heftiest collection yet, The Word Kingdom in the Word Kingdom. Here's how Brooklyn Arts Press describes it: 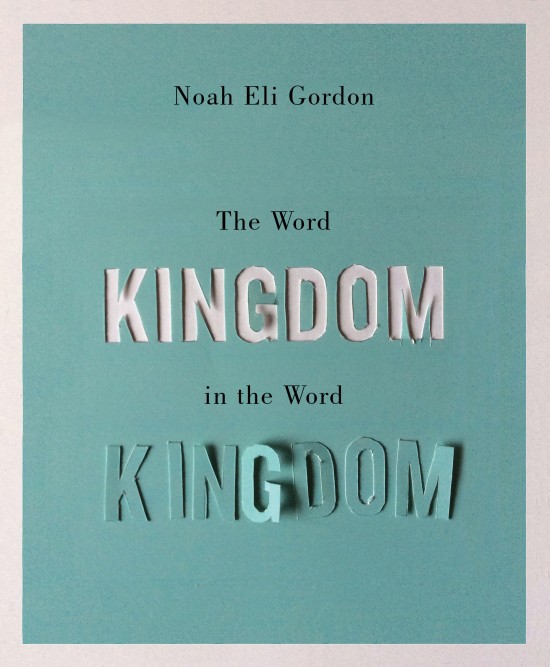 "A new collection from one of America’s most intriguing poets, this is Noah Eli Gordon’s heftiest book yet, presenting a decade’s worth of honed, tightly-knit lyrics, poetic sequences, and prose experiments. These are beautifully convulsive, boldly contained poems, orchestrating from the musicality of syntax—the underlying allegro and tempo changes in the way we speak, write, and subsequently think—into an enactment, rather than a representation or description, of experience. Operating under Emerson’s assertion that “[e]very word was once a poem,” The Word Kingdom in the Word Kingdom argues for the necessity of highlighting artifice even in the face of so-called empiricism. Here a sort of intelligent, discursive speed is harnessed from rhetorical arguments swerving at the last moment from expectation. Whether under the influence of the word or the kingdom, one herein is held captive by the joy of continual surprise."

Brooklyn Arts Press, who's published our own Managing Ed Martin Rock's Dear Mark (2013) and Assistant Poetry Ed Erika Jo Brown's I'm Your Huckleberry (2014), is offering The Word Kingdom in the Word Kingdom at a Pay What You Want price. So head over and grab a copy, and tell them Gulf Coast sent you.