1. Last night I watched Beverly Hills Chihuahua Two with my 4-year-old daughter and 7-year-old son. If you have never seen this movie, the dogs talk and there is a voiceover for each dog, and as the human voice talks, the dog’s mouth opens and closes, so as to mimic a human talking. In the middle of the movie, right when the Chihuahuas are plotting to save their owner’s parents’ house from bank repossession, I fell asleep.

2. As long as I have been old enough to understand what the middle class is, it has been described as “shrinking.”

3. I imagine it is much easier to fall out of the middle class as opposed to rising from middle to upper class. The middle-class family in Beverly Hills Chihuahua Two is in an economic freefall and they are trying to save themselves. In one scene, they visit the bank which threatens to repossess their house. The banker says that unless the family gives the bank $40,000 within three weeks, the family will need to leave their property. To make the bank look extra cruel, the banker offers the family a free pen on their way out with a happy face eraser on the top.

4. When a text starts in the middle, we call it in medias res; when I think of the word “middle,” the word “mediation” springs to mind.

5. When two parties get divorced, they often end up “in mediation,” and if things go well in the negotiations, they receive a “mediated settlement agreement.”

6. The children were fighting in the backseat on the way to school. Put a barrier up between you! Put something in the middle!

7. When I wake up, Beverly Hills Chihuahua Two is still on, each kid at my side on the sofa, and I realize the very rich character, “Aunt Viv” (no relation to the family) saves the family from ruin, not the well-intentioned “human dogs” who think that entering and winning the $50,000 grand prize at the Beverley Hills Dog Show might do the trick. They don’t win because they are not pure-bred Chihuahuas. Because the aristocracy intervenes in their drama, the only thing that the dogs can do is praise the goodness of “Aunt Viv.” The movie ends with a marriage between the middle-class son and Aunt Viv’s aristocratic niece.

8. In an interview with Greg Fuchs for the Poetry Project Newsletter Greg Fuchs asks Eileen Myles, “Do you think regular people can get ahead in life without being jerks?”

9. The lais of the Middle Ages are two-dimensional romantic narratives often depicting marvelous adventures of knights on great journeys. One of the earliest female poets of France, Marie de France (1160-1215), wrote a lais called “Bisclavret (The Werewolf).” But “wrote” isn’t exactly the correct word—she translated the story from the greater body of Arthurian legend; one thing transforms into another, one text bleeds into the next depending on time and culture. In the story of Bisclavret, a husband goes off to the forest three days a week and transforms into a werewolf; his wife doesn’t know what he does in the woods, but his absence makes her anxious. Typically, on the third night in the forest, he goes to a chapel, puts on human clothes and returns home to his wife in human form. We all know that the Middle Ages are a time      in between—a time when the world was no longer ancient, but not yet “enlightened,” whatever that means. (Does enlightened mean the ability to buy used Calvin Klein dresses on eBay for $10?) The medieval mind as depicted in these romances isn’t a mind of variables or on / off transactions. One thing happens and then another thing happens. There is no information to manage. Things happen without information.

11. Middle school originally referred to a school for middle-class children and only later referred to the years in school between elementary and high school.

12. People often look back at middle school as some of the most awkward years of their lives. I was scared that if people saw the acne on my forehead, they would make fun of me. When I kissed my best friend, she turned around and called me “a freak.” Sometimes so-called “freaks” end up shooting up schools or committing suicide. Sometimes, they become great artists. One can never quite tell with these things, but a “freak” is someone who is separated from the community by something—either a quality or “deformity”—that makes them different.

13. There is no concept of “risk management” or “emotional management” in French poetry from the Middle Ages because the threads of story are pulled by language and thoughts both circular and strange. Two words that come      up over and over in these texts: “marvelous” and “adventure.” One may not see a lover for three days, three weeks, three years. One could walk into the wilderness, never to return. The wilderness of the Middle Ages is not something to be managed, but a vast space of criminality, romance, and possibility. In the Middle Ages, bad things happen in the wilderness—rape, robbery, just as bad things happen in our late-capitalist, highly managed wilderness areas.

14. One might run into a werewolf in a poem from 12th century France. Likewise, one might be captured by fairies—one never knows exactly what will happen. When the king in Bisclavret discovers the werewolf in the forest, he stops his men from killing him and takes him into the castle, certain that the werewolf is good: “Look at this wonder / how this beast humbles itself! / It has human understanding, it begs mercy. Get all these dogs away from him / make sure that no one strikes it! This beast has intelligence and understanding.”

15. To the king, Bisclavret’s uniqueness, or perhaps freakishness, is not something to be destroyed, but rather something to be saved. Bisclavret becomes a source of truth because he shows no aggression towards his aristocratic captors. And when Bisclavret is reunited with his wife, it is towards her that he shows aggression. “I don’t love you anymore,” he says, “maybe I never did.”

16. It’s important to note that Bisclavret’s wife leaves him for another knight. When she does this, he rips off her nose and Marie de France tells us all her children were born without noses and lived their lives “noseless.”

17. My daughter drew a picture of a figure and the nose was placed below the mouth. “Is that a monster?” I asked her. “No, it’s me,” she said.

18. Bisclavert is both a freak and a tool of the aristocracy. He is both a knight and a beast.

19. The Chihuahuas are both pixilated humans and dogs.

21. I sent a text message to my writing group that I could no longer take part because I couldn’t devote the time. My friend wrote back that the point of the group was to “fit it into my schedule when there is time” except that there was no time, always having the feeling that I was in the middle of something.

22. I have heard that it’s a challenge to be the middle child.

23. In the Middle Ages, there was no middle class as we understand it today. Nor was there a managerial class.

24. A poet is often entirely in the middle and entirely freakish (on the margins).

26. What I like about the story of Bisclavert is the clarity of the casual violence and clarity of sympathy. The actions are unmediated by Marie De France. She simply recounts the facts as she understands them. There is no long-winded explanation of why they do what they do because human psychology as we know it had not really been invented. Yet when Bisclavert attacks his former wife, he makes clear that he is, after all, only “human.”

27. In the interview with Greg Fuchs in the Poetry Project Newsletters Eileen Myles replies, “No” to Greg’s question. 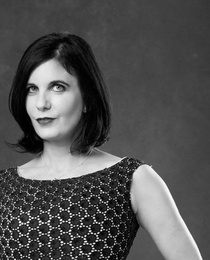 Sandra Simonds is a poet and critic. She is the author of several books of poetry including Triptychs (forthcoming, Wave Books), Atopia, (Wesleyan University Press, forthcoming), Orlando (Wave Books), Further Problems with Pleasure (winner of the 2015 University of Akron Poetry Prize) and The Sonnets (Bloof Books, 2015). Her poems have appeared or are forthcoming in the New Yorker, The New Republic, The New York Times, Granta, Poetry, Boston Review and the Best American Poetry 2014 and 2015. She also writes reviews and feature articles for The New York Times and the Poetry Foundation.