For a long time I wanted to go back to the Grand Canyon. Then came the dual catastrophe: an earthquake that left Grand Canyon Village in ruins; a mining accident, the details of which have never been released to the public. So, it’s too late. No one knows how long the decontamination will take. A visitor center and replica canyon off Interstate 40 near Williams, Arizona, had long been proposed as a way to relieve stress on park resources; after the disaster, those plans were revived and Grand Canyon II was approved and constructed. The new park replicates the five-mile stretch that historically drew the most visitors, from Grand Canyon Village to Yaki Point, encompassing the main overlooks and the Bright Angel and South Kaibab trailheads. It is a geological clone made possible by the recent advances in rapid prototyping with which we have all become familiar. Using technology similar to that developed for bioprinting organs for transplant, Grand Canyon II was printed in 3D by depositing layers of igneous, metamorphic, and sedimentary rock, from the inner gorge to the upper canyon, from Vishnu schist to the Kaibab formation. Grain by grain, the canyon was remade. In an office in Los Angeles, I worked on the editorial team, checking contours, textures, Munsell color specifications. I proofread the Coconino sandstone. The design files replicated native plants, the effects of erosion, marine fossils, even graffiti and the scars from mule shoes and trekking poles. Birds and animals find their own way in: flickers, hummingbirds, a thriving population of Abert’s squirrels, the omnipresent mule deer. After the first few hundred feet, depth is an illusion. The river is waterless. These compromises were found acceptable by most visitors.

My parents took me to the Grand Canyon, the original, in 1970, when I was five years old. It was the first and only time my Norwegian and Korean grandparents met. Years later, looking at that ritual of American astonishment (for my generation, Kodak is the color of the past itself), I can’t help but see the diminishment of our lives. The now curled and lonesome snapshot reveals something deceptive, essentially untrue, about the scene, the big promise at our backs. They didn’t travel. In me there must have been, already, the promise of unsuitable boyfriends. But for a long time I wanted to go back to the Grand Canyon, though it’s not clear to me if it was a dream, an obligation, or some less easily defined but no less pressing need. In any case, it’s the new park that I pay to enter. The crowds are busy with cameras and views. I fill my lungs with ponderosa-scented air. I brush away a fly.

Did you think for some reason I wouldn’t be taken in? Would you believe that being here pierces me like an artifact of my own memory? At the edge of this vast and unimaginable copy, I remember tent-shade and fire-warmth, I reach for absent hands.

Erica Olsen’s stories and essays have appeared in ZYZZYVA, High Country News, and other magazines. Her collection of short fiction, Recapture (which includes “Grand Canyon II”), will be published by Torrey House Press in fall 2012. She has an MFA from the University of Montana, and she lives and works in the Four Corners area, doing contract archives and curation work for archaeology museums. 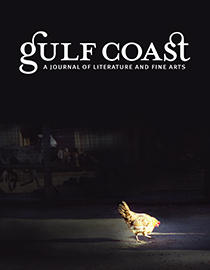