“There is an e at the end of time,” my student Samantha whispered to Tim, pointing out to her friend that he had spelled time as though he were writing his name. I peered over his shoulder at his smudged page:

I whent to the Virginia beach with my mom and dad we stayed for the longest tim we at pizza and then. I when to lay down for a nap and then when I got up we whent back home and then I was taking a bath and when I got out of the tub we whent to the store and I got a cap gun and I played with it until the caps was out and then I throw it in the trash because I did not need it to play with so I have not played with one since and I still don’t.

“I know that,” Tim snapped, but I asked him not to fix his misspelling. I copied the paragraph and have kept it all these years.
There is an e at the end of time.
If you are old enough you have experienced firsthand the midnight passage from the Star-Spangled Banner to the high-pitched electronic note that signals off-air until dawn. There’s a wide-angle shot of Old Glory, as if you were standing under the flagpole and looking up. The flag flows—no snap, no flutter—in slow motion on a breeze made by trumpets. It’s hypnotic, in part because you’re exhausted, but the home of the brave ends abruptly and the color bars appear in shades of gray on your black and white TV. They’re backed by a piercing “eeeeeeeee,”and however much you dread the silence of midnight, it’s preferable to that sound of no tomorrow.
“There’s always tomorrow / For your dreams to come true” crooned the claymation deer, big eyes like a Jersey cow and sweet voice to comfort all the misfit toys and Rudolph. In the right circumstances, I get a lump in my throat still. If you don’t, you have perhaps put away childish things. But some of these you will retrieve, and others will return in spite of you. Tim never let go of the cap gun after he threw it away. How quickly it becomes present in tense and to hand: he played with it until the caps was out and then he throws it away, right now, again, as he writes. Memory in transcription slips into the present. When went becomes “goed” it’s one thing, when it becomes “go” the child writes as (if) it happens. She is back in it.
It is six years since Samantha started me on this. I come back to it knowing it must end, whether or not I end it today as I write and listen. Upstairs and downstairs two kinds of music are playing. I tell you honestly, making no compromises for the sake of composition. Here at 5:48 pm upstairs is Ellen Taafe Zwilich’s Chamber Symphony. Downstairs, my wife Caroline listens to Radio One Canada, Quebecois singer-songwriters. Between, my son Jacob slaps his plastic sword against the bedposts—he is sparring. Trucks pass slowly and steadily outside, muffled, a tidal flow. “As you near the beach you must roll down your windows to listen for the ocean. You will smell it first,” my father says, “then you will hear it.” We turn off the country music and listen quietly.
Now upstairs a Bach Partita for violin.

Nathan Milstein performing. There’s an e at the end, she whispered, and it was a kind whisper, the voice of one who would spare her friend embarrassment and who has made such errors herself. She did not mention the e at the end of “ate.” Neither she nor Tim noticed its absence. “we stayed for the longest tim we at…” Take away the e (ate – e = at) and be suspended in not quite place as well as not quite time. At where? At pizza and then. It’s possible that being at pizza is like being at your best or at odds, that is to say, not so much a location as a state of being. He was “at pizza and then.”
And then at 9:55 all of the students are lined up at the door. But as I notice this I think about the fact that even the door has moved, imperceptibly. Nothing here is still. The e at the end of time must be the prelude to motionlessness we can barely conceive of, a space with nowhen or went.
What if there were an h in went, as there so often was in my students’ writing? When is involved in went, time rolled up in the past tense, its graveclothes. Grandma Meggs told us about the silver dollars they laid on little James Weaver’s eyes when he died at three years old. On the mantle was the only picture of him, a tiny photograph the color of weak tea, and he was so small in it that you could make nothing of his expression, let alone his eyes. But there it was, along with the picture of her other son, Fordham, who died at thirty-three, same as Jesus. Before they turned his body up from the flooded river on Mother’s Day, he had looked like Errol Flynn. The muddy water of spring returns the skin to clay and spittle. “Those were pearls that were his eyes.” Now I lay me down to sleep.
When to lay down (there is only one kind of lie in the South, having nothing to do with rest) given so little time? We had only a weekend at the beach, we had counted down to it all summer, and I knew it would begin to pass as soon as we unloaded the car at the hotel. I would hide my watch so that I could not see the second hand, but I always knew what time it was. I always know what time it is and will know when the note sounds to mark the final hour.
Which should not be played sostenuto on the violin, incidental music after Armageddon, but should be the full-throated happy oblivion of a chickadee, or the recording of a chickadee, the long-playing record version for warmth of tone.
Tim did not want to end time, he knew how to do it but forgot as language poured from him, his sentimental tale of endings, its momentum carrying him forward oblivious to tense and punctuation and spelling, and to the fact that at the end there is an e.
Share Share on Facebook Share on Twitter 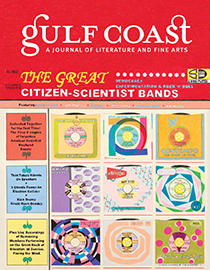