“Teachers, first of all,” said Peter Conners, Publisher and Executive Director of BOA Editions, Ltd. While its price remains an affordable $35, The Collected (edited by Kevin Young and Michael S. Glaser) is a 720-page tome that may be too difficult for instructors to teach, except in the rare case of a single-author course, and too massive for students to lug between classes. How to Carry Water, by contrast, offers what Conners called a more “streamlined version” of Clifton’s vast and varied poetic legacy. One of the most beloved poets of the late-20th and early-21st Centuries, Clifton typically wrote in a style that widened the net for her readers. Short lyrics in an often conversational tone invited the uninitiated to take part while her strange and subtle craftsmanship kept experts guessing—and coming back.

How to Carry Water assembles many of the poems that diehard Clifton fans would consider essential—“why people be mad at me sometimes,” “come celebrate with me,” and “jasper texas 1998,” to name a few. It also brings to the surface an assortment of less familiar poems that resonate more potently with the challenges, aspirations, ambivalences, and commitments of a more recent cultural atmosphere. Conners said that plans for How to Carry Water were already set in motion before the Black Lives Matter movement, before Donald Trump was elected, and long before the start of the COVID-19 pandemic. Nevertheless, because Clifton’s poetry was—from its beginning—fundamentally intertwined with the historical events and social movements of her time, it reads differently now, in the midst of these ongoing cultural shifts. For poetry teachers designing syllabi that seek to engage ever more seriously in discussions around not just neutral issues of poetic craft but more salient topics like differences in class, race, and sex, Clifton is not merely worthy of inclusion—she is essential on both fronts.

But How to Carry Water is not just for cost-cutting college professors and overburdened undergrads. Girmay includes ten previously uncollected poems, many of which she discovered—in a cosmic stroke of luck—on the first day of her visit to the Clifton archives at Emory University. “That first day, I went with my friend (and late poet) Kamilah Aisha Moon, with a plan to spend time with a couple of boxes,” Girmay recounted to me over the phone, “and when we opened the first box, one of the first poems we found was ‘Poem to My Yellow Coat.’”

When I told Girmay that I couldn’t believe I hadn’t read “Poem to My Yellow Coat” before I first saw it in How to Carry Water, she agreed that the poem is “both so magnificent and so familiar, both old and new, and a little different, too.” It begins, “today i mourn my coat,” and ends with lines that rebuke the oft-held perception of Clifton as but a gentle, grandmotherly poet issuing charming advice:

she cracked like a whip and
fell apart,
my terrible teacher to the end;
to hell with the arms you want
she hissed,
be glad when you’re cold
for the arms you have.

Girmay, at the end of her lyrical foreword to How to Carry Water (reason enough to buy the new collection), addresses this tension in Clifton’s evolving legacy. Relating a discussion between poet Sonia Sanchez and herself, Girmay points out “how difficult so many of Clifton’s poems are, especially the poems about her father sexually abusing her” and “how political her poems, and how discomforting and fierce that work.” Sanchez questioned that “old-fashioned smile that people sometimes get when they hear Lucille Clifton’s name”—a sign of warmth and familiarity that overlooks the poet’s radical grit, strangeness, and brilliance.

In particular, Girmay said over the phone, Clifton’s “early poems, the ones I know for a fact that were written in the 60s,” are “politically brilliant” in their handling of “abortion, sexual trauma, and whiteness.” Girmay noted the remarkability of Clifton, a Black mother of six young children when her first book, good times, was published in the midst of race-related tensions in 1969, writing these “tiny, exploding poems” with such courage. “It feels like they could’ve been written now, and it’s incredible that they weren’t,” Girmay said, adding: “What astounds me is not the context of the poems or the world she is responding to, but, rather, the complexity, truth, and courage with which she wrote and reckoned on the page.” 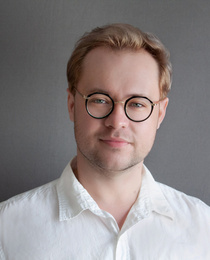 Justin Jannise is the author of How to Be Better by Being Worse (BOA Editions 2021), which won the A. Poulin, Jr. Poetry Prize. He is a former Editor-in-Chief of Gulf Coast. 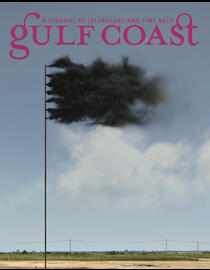