I've recently discovered that writing a novel, or rather my writing a novel, or rather my trying to write a novel, takes years. I've also discovered that the key to the writer's life is not to be overwhelmed by this prospect but to enjoy the process. Sometimes, this necessitates changing it up. I've come to think of the daily writing regimen kind of like cross-training. Combining weights and cardio is going to get you in better shape than doing just one or the other. If you run every single day, you're probably going to get pretty fucking sick of running. If you just run twice a week, you might find you look forward to it. We are shallow, irrational creatures, but the upshot of this is that we can trick ourselves into greater effectiveness if we can recognize our own patterns. So how does this work for writing? Maybe some writers can keep creative juices flowing by drawing or painting or taking pictures. I, unfortunately, have an aptitude for none of those things. Any attempt at poetry also inevitably embarrassed me, until I had the fortune to go to a holistic retreat that emphasized the role of the mind-body connection in the creative process. I highly recommend you attend if you are able. 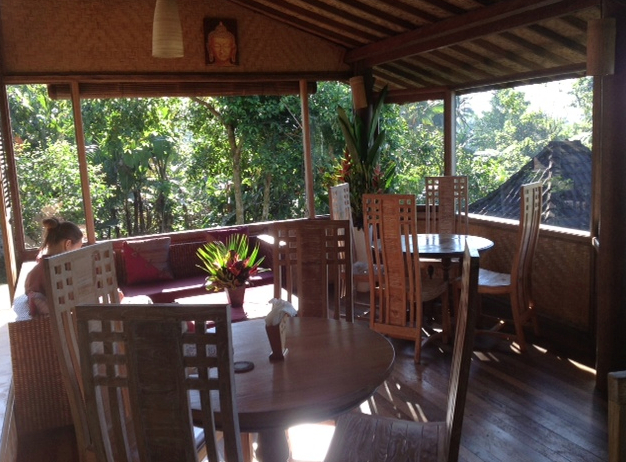 At the retreat we did exercises conducive to short creative bursts, like writing haikus or about the immediate physical environment. Haikus I could handle, I found. They were short, a nice break from the elaborate and ongoing construction my fiction required. One day one of the facilitators was talking about how he liked to splice text with images, describing a series of poems he was working on that he wanted to print over images of naked ladies. The poems were themselves probably about naked ladies, though I don't really remember, because I was having a light-bulb moment about a potential project of my own: I would take people's Facebook statuses and collage them into some kind of larger statement. What kind of statement? Well, whatever came out. It was a curious idea for someone who never (seriously never) posts statuses on Facebook. But there had always been something intriguing to me about it as a mode of expression, this nearly infinite network of opinions perpetrated on important political and inanely trivial matters. It's a verbal gold mine. I made up the rules as I went, taking around five or six hundred words of whatever consecutive statuses appeared on my feed when I signed on. Once I had these I read through them again, cutting and pasting random somehow interesting phrases. Then basically tried to make semi- grammatical sentences, whether they made sense or not, imposing line breaks when switching between statuses. The title of the "poem," which it ended up looking like, was the day the statuses were posted. Here is the first one I did:

August 8, 2012 A paranoid schizophrenic typing with a mechanical keyboard won whac-a-mole. Unplug your evil psychopaths ruining our country. Taxpayers built some garbage. Gotta love Kool-Aid. Connect the wingnuts from literal bat shit to IQ of 61. Instead of eating chicken sandwiches, get her to eat vegetables. Solve most problems. You have the right to get a dog to carry orange panties in its mouth. To oh so mercilessly follow the money. To switch back to my cat. To help yourself hate too many things. I must admit I've got an eerie feeling about atheism. After years of resistance someone is trying to weld me in place. Sorry about the feet.

For me, working with the words of other people is hands-down more fun than facing a flashing cursor on a blank page. I get to play with turns of phrase that I never ever would have come up with on my own, with a multiplicity of voices that generates something like a mini time capsule or historical marker. Probably my favorite so far was the day after Wendy Davis's filibuster on the floor of the Texas Senate, the day the Defense of Marriage Act was repealed:

June 26, 2013 An old white man in politics announced on the floor equal liberty nearly died in the bathroom due to lack of standing. I am so grateful for ALL Americans who deserve to make a BOATLOAD of money. Hooray for old white men running around entitled to your ENTIRE FUCKING TAKE. Taxes just got a lot easier. I GOT MY PRIDE did you sell yours?? "Bubble Butt" hits the Billboard for the final ruling on that bill: stupid diet restrictions are stupid before we move the heavy stuff. How little patience you have. You have always controlled my carrying this story. Being a Texas resident a little bit in love with the superiority of drug medication, I'll tweet something about pills. Never been prouder and more confused. It wasn't until recently that DC Animal Control did something right. Maybe I will help a guy marry my dog, get churlish about freeing it from ignorance. Jesus very probably did, right in this country. America, I just really think we need this possessed cat toy between DOMA and Wendy Davis. Consumed with a burning desire, my machete has struck down DOMA. DOWN GOES DOMA! bye bye DOMA Buh-bye DOMA! Go home, DOMA. DOMA is dead. DOMA is no more ;) !!! Ding dong, DOMA's dead! historic decision on DOMA!!! DOMA repealed!!! twice as many options ;) parties on both sides Wendy Wendy Wendy Wendy! Hell yeah Wendy Davis. WENDY DAVIS IS A BAD BITCH. Wendy Davis is a badass. The badassery of Wendy Davis just goes off randomly. Our cars couldn't fly. Texas Women Forever elevate the human race. Wah-wah. Woohoo! 1/4 of the way there!!!

The emphasis in this process is on shaping rather than producing. Which means that for me this is a nice creative workout between drafts. More can be found here. Please forgive the pop-up ads. Part of living efficiently as a writer is finding a free web host.