Nancy K. Pearson??s first book of poems, Two Minutes of Light won the 2009 L.L. Winship/PEN New England Award. Before moving to Houston, Pearson completed two seven-month poetry fellowships at the Fine Arts Work Center in Provincetown. She is now an MFA candidate in nonfiction at the University of Houston.

An Art of Failure

Recently I had an "acoustic experience of terrestrial relief." The Art of Failure (the acoustic art website, not the band) recently featured a project called The Flat Earth Society, an acoustic experiment that allows you to hear the "hills and dales" of the earth's surface on a record. The earth's geophysical impressions are inscribed into the record's vinyl and as the turntable spins, you can hear "peaks and valleys, spikes and wells, spires and troughs, aspirations and depressions." The sounds are subtle; much of the record resembles static on a radio. Where the needle dips down into the Dead Sea, it gets very quiet. The Himalayas are noisier. Of course, these are mythical representations of topography, technology approximating the intangible. When concrete meets the imperceptible, sometimes we get static, sometimes we get Eno or Cage, sometimes we get Susan Howe. All the projects on the Art of Failure website are devoted to dealing "with issues of perceptible representations of digital data."

I'm looking for the space in my own writing where the concrete and the imperceptible create something like incursion. I'm thinking of poetry and memoir and plate tectonics all at once here. Where does this occur in my own writing, in my life? Is it a space, like a pause or a stutter, or a place, somewhere I've been, the book rack in the Goodwill, the bar at the Choo Choo, or somewhere I haven't yet arrived, a 5:15 mile, serenity? Poet CD Wright once said "a sense of place" has no significance anymore. In an interview in Poetry Magazine she said:

The mapping of the city is integral to the subject. But as markers of the art, "a sense of place" and "finding one's voice" have no resonance left. I might read/read out of/skim/leaf 40 books or more when I am working on a project that attaches to a particular place. It is all just to situate myself so I can navigate the material more effectively, and with greater awareness of its affect.

The places I write about move farther and farther away from actual locations. Often they exist on the internet (I Google my own hometown, "Chattanooga," to remember the places of my youth) or, they exist in the space of the brain that holds autobiographical memory, the cushy cortical anatomy of the inexact. Neuro-images, PET scans of these spaces are used to prove that a person can have two selves, two places in the brain that house the mystery of identity. Imagine that! As a writer and a woman and a teacher and someone's child, I don't need PET scans to prove my brain has different activation patterns for different kinds of memory. But here's the idea: perhaps the space I'm looking for is simply a place in my body. I write from the body. 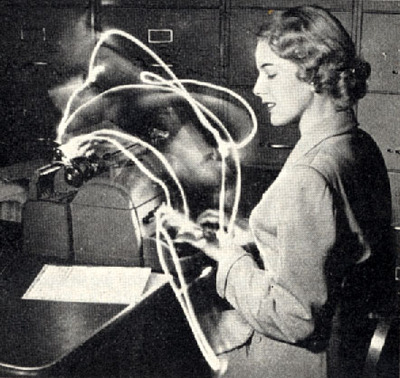 The place in the body I'm writing from right now (i.e., as you read this) isn't actually writing anything. This blog will probably be posted while I'm listening to the sound of a heart monitor and pressing the bolus of a pain pump on the heart & vascular unit of a hospital. In fact, I've just lost a "sense of place" in my body; my first rib and a few neck muscles have been cut from my spine. The surgeons have opened my thoracic outlet so the blood in my arteries and veins can move to my heart and hands. Writing this now (a week before the surgery), I'm keenly aware that I'll miss the lost rib, the muscles, the physical "obstructions" that have both fueled and hampered my writing. They represent struggle, three years, lost sleep and a lot of cliché. Where the unsaid and the concrete incur, where the story meets pure perception, I'll say pain here, will never be insignificant. A sense of place, like the sound of the surface of the earth on an old fashioned record player, can be both illusory and textured. It exists, and not always on a map. If this is true, can you lose it? 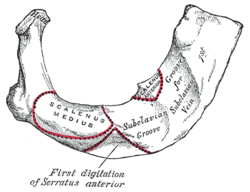 If writing is a space of erosion and resonance, a place where the lost rib on a metal tray and the IV's drip meets some inexact expression of suffering (or joy, I dare say), I'd say much of my writing is an art of failure, the failure to capture or pin down anything that lasts forever. The failure to keep replicating the same thing day after day. Which is a good thing, when you're in a hospital bed--which means, and I'll need you, reader, to remind me of this now, that writing is a place of movement, a place

Perhaps writing is that phosphorescent algae that lights up the sea. You can't really hold it. But it's also so deep inside my body I won't lose it as long as I'm breathing. Perhaps what I'm trying to say is that before my thoughts appear as words on the computer screen, perhaps they represent that "thing with feathers," a hope located in the body even when the hand can't grip a pencil or type on a keyboard. For a while, I might hear static where I once heard words, lines, and paragraphs. I might be stuck in the Flat Earth's "bathymetric pauses of the Red Sea." And then--the glyph, the incursion, the needle jumps from its valley and glides across the small surface of vinyl. It's subtle, but you can feel it; you can hear the place of it, whatever it is, inside you, climbing towards the next thing.