Justin Chrestman was born in El Paso, TX and raised mostly in New Mexico. He has an MFA in creative writing from New Mexico State University. He currently lives in Houston, Texas where he is teaching and pursuing a PhD in fiction and literature at the University of Houston, and is an assistant editor in fiction for Gulf Coast. He has been previously published in the Owl Eye Review, and his story ???The Monster?? is forthcoming in Puerto del Sol.

A Mistaken Notion: The False Epiphany in Fiction

By now most of us are probably familiar with the prominent role of epiphany in contemporary American short stories. In his craft book Making Shapely Fiction, Jerome Stern describes the epiphanic story, or what he calls "The Aha! Story," as the shape "of discovery, disillusionment, and revelation." Even as he acknowledges the potential power of this shape, he notes its attendant complications, stating: "The Aha! Story is persuasive, so pervasive, so much the basis for what feels like a story that it presents problems." One of the problems is that the epiphany is used so often that it becomes formulaic. Charles Baxter, in his essay "Against Epiphanies," argues that an overabundance of epiphanies has deformed American fiction. Among his more persuasive charges is that the epiphany has become so overused as to become an unquestioned convention. He goes on to link the epiphany in American fiction to the preoccupation with personal improvement in American self-help culture--a dubious distinction--and to remark on the disproportionate number of grand realizations in fiction as compared to life. We have realizations all the time, he admits, but many of them turn out to be wrong. I read Baxter's essay for the first time ten years ago. His argument is convincing; and yet many of my stories still conclude with epiphanies. 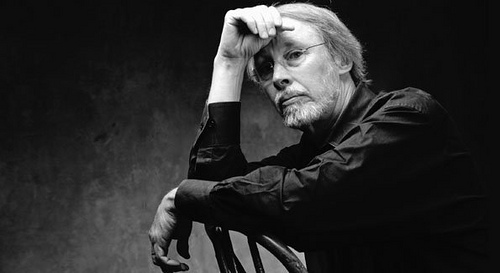 In passing, both Baxter and Stern mention a different sort of epiphanic story. Stern notes "another possibility, with its own irony and power, is the story in which the reader has a realization but the character does not." Alternatively, Baxter writes of another possibility:

(I do not) think that the insight--if it does come--needs to be valid or true. Stories built from false insights have their own peculiar interest, particularly in a hard-sell society, all of whose economic pressures warp in the direction of secret knowledge that can be cannily merchandised.

At the end of this type of story the characters may be unchanged. They may come away with a new, erroneous understanding of the world, or find themselves even more deeply mired in delusion. But the reader experiences a moment of revelation. Often in these stories, it seems to me, the characters not only fail to come to understanding, but often fall victim to a kind of false epiphany. One such story is Hemingway's "Indian Camp." At the end of this story the child Nick Adams is in a small boat with his father, who has just delivered an Native woman's baby. Immediately after the birth, Nick sees the corpse of the baby's father, dead by suicide. Nick and his father talk about death and as their conversation comes to a close we are presented with the following passage:

The end of this story has many of the hallmarks of the epiphany as Baxter describes it. There is the rhythmic, elevated eloquence, the moment frozen in time, the world clothed in resplendence. But in this case the epiphany is false. At the risk of stating the obvious, Nick is as mortal as anyone. This false epiphany is powerful in a number of ways. The boy's refusal to accept the fact of mortality echoes the refusal of the Indian man earlier to "stand" the circumstances of his own life. Ironically, the man's refusal ends in suicide. This moment also carries an emotional charge given our sense of the boy's vulnerability in this moment, his confrontation with the violence of childbirth and death, events beyond his understanding. All of this is remarkable, but not as remarkable as the notion that such a basic misunderstanding of the world can be as powerful as insight. Even as Nick denies the possibility of his own death, the story reminds readers of our own mortality--the most fundamental and willfully forgotten fact of our lives.