The day Daddy died, news zipped through Yell faster than the power outage. Right through Stumbles Hardware, the post office with Old Fly’s horse skeleton, the market selling fresh brown eggs. Yell was tough people on tough land. I once loved it all.
Cops came in their whitish cruisers. Mar’d already rolled Daddy onto the blue tarp and dragged him out of the road. The coroner, Mr. Jackies, drove up too. He handed out Marlboro 100s. Then he spread three certificates on the porch planks, his signatures still wet. We filed our papers of death.
Some neighbors brought pineapple upside-down cake and breads cut with crosses. They left cards of scribbled grief. Lots of folks drove by. Some slowed down to stare. Was there a mark? A scorch in the shape of his shoes? In his honor they poured out cans of Natty Light before they tossed their empties in the ditch.
While everyone smoked and talked on the porch, Lawless kept whining in the den. Smartest or dumbest mammal I ever met; I go back and forth on this. But the bee masks scared him. I put mine on and snicked the hive tool from the wall hook. Daddy’s old black and white bulldog had bitten my legs before, but he’d not gash me today. I needed to quit him and his oven knob of a tail as badly as I needed to rid myself of any grief ready to hatch inside me.
Daddy’s friends all put their hands on my shoulders and squeezed hard. They said to me: you now, she can’t, who else will, like I was that Man of the House. But what had I done? Shooting a gator cow and crouching by her eggs doesn’t make you that gator. It doesn’t make those eggs your eggs. I kept thinking: Florida, where Mar’s sister lived. Florida. Orange groves for miles on end. Palm trees wrapped in long snakes of Christmas lights. A whole coastline of plastic cities with green drawbridges and nothing I was prepared for.
Rather than stick around that evening while Yell spun its wheels about Daddy, I drove off in the pickup.
Ten miles down the state road I ended up at this transformer station. Little more than a chain-link square around two dozen breakers. Here, the county’s powerlines synced up. You’d think, with Daddy not yet six feet under but headed there on account of that voltage, a boy’d steer clear of hotspots. But with him gone, I felt a difference.
At some early leap in life where you opt whether or not to be overcome with emotion, I had hauled myself up on the banks of Never. Fuck crying. With my hands on the chain-link, I felt composed of something grander, or forced to be. Part clay, part stinger, part power and light. The endless hum of those transformers—I sopped it up through my fingers. I listened to the same old mystery talk of bees. I even hummed along, my face a blankety-blank. The comforts of home are that only when it is home, and long remaining so. As charged as I felt, I had no way to let that charge out. Now I wasn’t sure I ever wanted to, either.

Alexander Lumans received his MFA in Fiction from Southern Illinois University Carbondale. He has been awarded fellowships and scholarships to the MacDowell Colony, Blue Mountain Center, ART342, Norton Island, RopeWalk Writers Retreat, as well as the Sewanee and Bread Loaf Conferences. He received 3rd place in the 2012 Story Quarterly Fiction Contest and the 2011 Barry Hannah Fiction Prize from The Yalobusha Review. His fiction has appeared or is forthcoming in Cincinnati Review, Blackbird, The Normal School, and Surreal South ’13, among others. He is co-editor of the anthology Apocalypse Now: Poems and Prose from the End of Days (Upper Rubber Boot Books 2012). He currently lives and teaches in Denver, CO, but he will be the Spring 2014 Philip Roth Resident at Bucknell University. 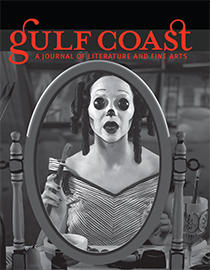