but he never really took advantage of it.
He gave his wife the house he was supposed to give

to his mistress. Jenny asks me if I think that is way romantic
& I know it’s a trick question but I can’t tell which way

because last night Jack and I got faded
on Red Bull & André cocktails back at the factory,

& we stayed up watching a documentary,
so instead, I tell Jenny that when the revolution started up, & folks

started smashing all the furniture
in the palace & ripping up the gardens, the King said

It is pleasant that this rage
is confined to inanimate objects, & I tell her I think that’s so hilarious,

Oh, hilarious, Jenny returns,
her voice serious as Madame Tussaud, who was also there, at the revolution,

according to the documentary,
& whose head was even shaved for execution before she was pardoned

last-minute so that she could pick
her dead friends’ faces up off the lawn & mold them into candles.

Jess Novak is pursuing an MFA in poetry at Florida State University. Her work has appeared in In Posse Review and the anthology Milk and Honey: A Celebration of Jewish Lesbian Poetry. 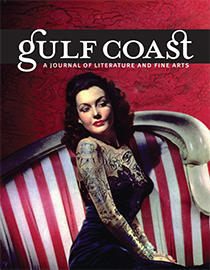